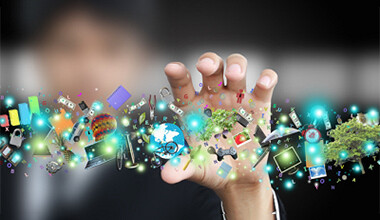 Today’s supply chain ecosystem is making the renowned IBM I-series box obsolete. With the saturation of cloud and open systems software, it is now a necessity for firms to modernize their existing green screens to challenge the capabilities of the latest technologies. Unfortunately, modernization is not simple and can be extremely problematic if carried out the wrong way. Utilization of the logical framework called the 5T’s (Transpire, Trace, Transform, Track, Train) will allow firms to effectively tailor a comprehensive road map to execute their modernization effort based on their own requirements and execution styles.

IBM i (formerly known as System I, I5, iSeries, AS/400) is a midrange platform produced by IBM. Many people refer to it as green screen. In the 90’s, the AS/400 platform became one of IBM’s greatest success stories and many enterprises put their trust and invested heavily in this platform. This led the inception of many vertical solutions with the expectation to be future proof.

However, the business world speeds through an ever-changing environment; today’s IT world is completely different from that of the 90’s. With cloud based digital applications becoming the new rage, modernization of green screen is considered a top priority for those who have invested heavily in the AS/400 platform and its software.

Even though modernization is a broad term with many aspects to consider, ITOrizon offers a holistic view of the thought process and planning required for a successful transformation. This logic is not limited only to green screen and can be extended to all modernization efforts.

Since many organizations have built their core businesses around green screen it is a difficult decision to move forward with Modernization, especially considering the risk and financial liability. However, by looking at the current market expectations and competition in Warehouse Management Systems, the green screen falls short in the following areas:

In the near future, the green screen will eventually become a bottleneck for firms, if it hasn’t already.

Unfortunately, there are no defined rules and approaches in modernization practices. Even if there was one, there is no guarantee that one size fits all. However, the general rule of thumb is to follow the 5T’s methodology which logically outlines how to approach modernization. It is highly advisable for individual firms to come up with a customized road map based on their own internal goals and execution styles.

The key milestones in 5T’s are:

Transpire defines a firm’s roadmap and is laid out according to what should happen in each phase. Out of the 5 T’s, this step is the most critical as this is where a firm identifies its internal needs and execution styles to come up with a unique plan. Some example factors are:

This step consists of but is not limited to following action items:

The step also defines a company’s approach to modernization. From the current trends, firms tend to take the following approaches to over hauling their legacy applications:

Screen scraping focuses on converting the traditional terminal based applications into a web or mobile based interface. The underlying technology will process data streaming information that is directed to green screen terminal and modify what user sees based on the business requirement.

Overall, the face shift is a short term solution which will only change the cosmetic appearance of green screen applications. The main benefit is due to a relatively low risk and cost compared to the other routes.

Structural shift achieves modernization through altering the structural building blocks of the application to extract or enhance the functionality. For example, the method of communication for

AS/400 to other applications can be redesigned to use Service Oriented Architecture (SOA).

The main benefit with this route is that it allows for easier integration and less cost when new systems subscribe to green screen ‘events’. This would also make it easier to replace green screen down the line as only the ‘Service Provider’ would change. This route has a higher upfront cost than face shift, but may offer the best bang for your buck as it says time and money for future integrations.

Paradigm shift involves writing a new application based on the existing knowledge using a modern platform. The new system can be custom-made or a commercial off-the-shelf product. In the case for AS/400 users, this would involve sun-setting the application and adopting an entirely new solution.

Paradigm shift will allow a firm to say current using the latest and greatest technologies. However, a firm would also be taking a huge risk in changing their entire workflow and using completely new software. Furthermore, what happens when the ‘state of the art’ technology becomes obsolete ten years down the line?

Each of these three options are viable in achieving modernization with their own pros and cons. Choosing the best approach is highly dependent on your firm’s business goals, budget, and execution styles.

Trace is where the target application is analyzed.

Modernization cannot happen unless the application is understood it in its
entirety. The System should be thoroughly analyzed to gather general and technical information. Example outputs of this step include:

Transform is the step where the actual modernization of the application takes place. Firms will use the plan defined in Transpire and the knowledge learned in Trace to execute the modernization.

Track is the step where progress is measured against a timeline to ensure the path to modernization is on the right track with the correct outputs. This step needs to be executed parallel to all other steps as it is the barometer for success.

Train where one should train their resources with new process and application. Training should not be overlooked as it will enable the end users to smoothly transition over to your modern application.

Overall, Modernization can be viewed as a competitive advantage that will provide long term benefits depending on the scope and execution of the endeavor. Each firm’s journey is unique and dependent on their key factors. In our experience, using the 5T’s approach allows for a company to define a comprehensive roadmap which will help facilitate a smooth transition to modernization.

Shashikumar Shivashankar is an Executive Director for
ITOrizon Inc, an IT Consulting Firm Specializing in Bi-Modal &
OMNI Channel Supply Chain Solutions based in Atlanta. Shashi has spent most of his career implementing, developing and supporting Supply Chain Applications in bi-modal strategic projects for Fortune 500 Companies in Europe, North America and Canada.
Shashi lives and works in Seattle, sharing with readers his extensive
knowledge of Supply Chain industry challenges and latest trends. You can reach me at Shashi.shivashankar@itorizon.com

You may contact us by filling in this form any time you need professional support.