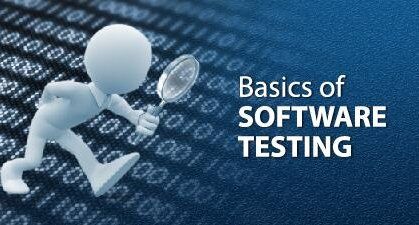 Have you ever wondered why manual testing is still considered the mainstream way of testing enterprise applications?

Is it due to a lack of automation tools, technology challenges, or cost factors?  If we look deeper, most of the time there will be a few surface level challenges to adopting Automation as

mainstream testing, but rather than addressing those constraints, manual testing is chased as solution.

Time after time, project sponsors face delays in going live and meeting the ROI within the projected dates. 99% of the time, these projects would have faced one or more of the following hardships: complex applications, customized work flows, business knowledge, resource constraints, developer bugs, regressive breaks, integration failures, etc.

Enabling Automation is a viable option in overcoming these challenges.  It should be a well-planned initiative from the beginning, otherwise E2E automated testing may defeat the purpose and work counterproductive to the goal. It requires collaboration with both business and technical team members to strike a balance and make this initiative successful. The teams should take an in-depth look at their business work flows, application touch points, and technical stacks to hash out an approach and determine the scope of Automation. Often Automation may not be a wise idea for Bench or Unit testing. Clear distinctions must be made to designate test cases that are Auto-reusable and Auto-nonreusable to save time and cost on Automation. Licensed Tools or Open Source Tools that require in-depth coding and non-reusable frameworks won’t be productive in the long run and tend to create bad experiences for the project team. Investing time and resources on sub-par tools will not yield beneficial results and often will leave the team stranded as it is not scalable and takes more time than manual testing.

Teams that have claimed automation helped lead to their project’s success frequently acknowledged that they had deployed automation for the TDD testing (test driven development), Functional testing, boundary testing, and smoke testing phases.

Once the decision is made on the scope of Automation, the right tool must be picked to realize your goals. An Automation tool should be simple enough for your business team to configure their key scenarios as part of their system configuration procedures.  It must possess critical features such as multi-browser support, cross-platform support, parallel execution of test cases and/or work flows, remote execution, flexible scheduler, reporting capabilities, and integration with continuous integration & defect tracking tools. Last not least, it should accommodate reusable code for repeatable test cases or overlapping test suites.  Automation tools that involve less coding and are highly configurable are the best way to leverage your functional resources and get the maximum production out of your project team.

If the team rolls out the automation in the initial stages of the project, (TDD or System configuration cycle) it plays a pivotal role in identifying the bottlenecks beforehand and preventing project delays. Exploring scheduled jobs on remote execution along with multithreading features avoids manual errors, manual intervention, and tremendously reduces testing time. Resources can than then be utilized for non-automatable tasks.

Have additional questions, feel free to email me at shan.muthuvelu@itorizon.com

You may contact us by filling in this form any time you need professional support.